This poem was found among the writings of  my father, Alden J Copeland, and assumed to have been written by him. This page was created in that belief. However, it is now known that the poem was written by Medal of Honor recipient, Lt. John Hunter Wickersham of the 353rd Infantry Regiment, 89th Division, who died of mortal wounds in combat in 1918. Wickersham wrote the poem in a letter to his mother the day before he died.  Information about him can be found at this web site.

We retain the poem here because it was obviously a highly regarded possession of my father's and presumably an inspiration for his own work. However, be advised that the statement on the page referring to authorship by Alden Copeland is based on an incorrect assumption and the true author is Lt. John Hunter Wickersham of the 353rd Infantry Regiment, 89th Division. 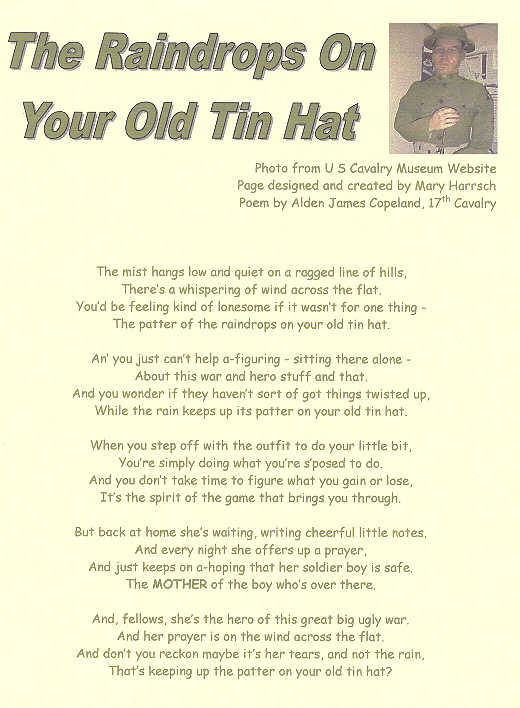 It is significant to note that he places himself in the shoes of his fellow soldiers. His own mother died 11 days after his birth and he was raised by his grandparents. As for himself ... "He is simply ... Doing what your supposed to do".